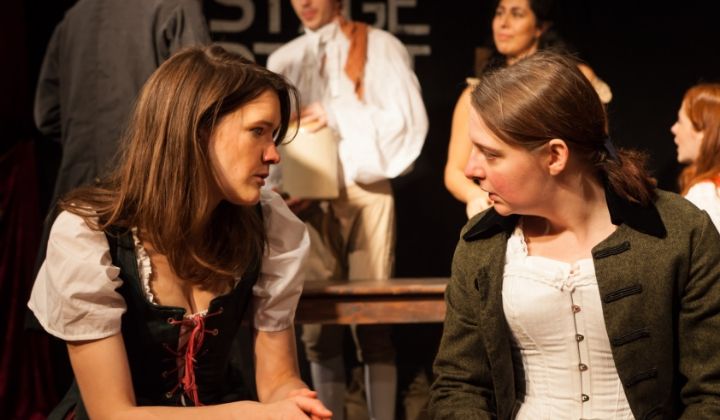 “This tight-knit ensemble is on top form, and their group scenes are some of the very best in the play” - British Theatre ★★★★★

It’s 1744 and Charlotte Charke, actress, writer, landlady, grocer, pig-rearer, puppet master, highwayman, transvestite and daughter of the famous actor manager Colley Cibber, is rehearsing for a production of The Recruiting Officer with her company at the James Street Tennis Courts. The self-titled 'nonpareil of the age' somehow finds herself caught up in a misunderstanding and in debtor's jail. Again. Can Charlotte talk her way out of prison, off the streets and back into her beloved theatre?