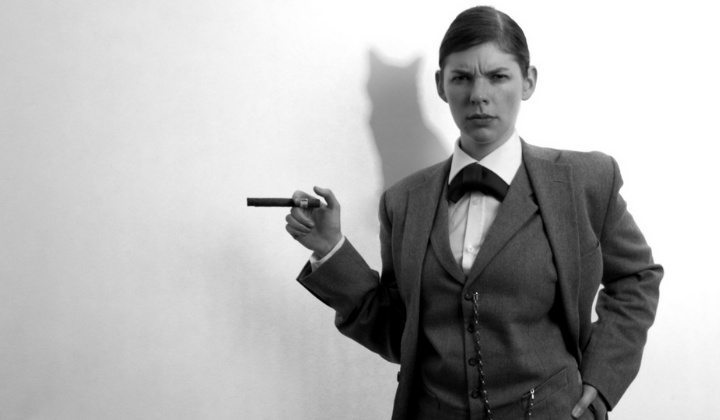 “Sutton Williams creates an authentic and unexpected comedy, bringing to the table real facts and turning them into hilarious anecdotes with no fear to be inappropriate.”-Broadway World ★★★★

Based on the true-life account of Sigmund Freud’s cocaine abuse this comedy gleefully annihilates the father of modern psychology in a flurry of cross-dressing and dick jokes. Unrecognised and approaching middle age Sigmund is drowning in debt, crippled by cocaine and surrounded by madness. Worse yet, his best ideas come from Oedipussy: an imaginary cat-woman who encourages Sigmund to simply listen to his clients between insulting them and taking their money. Watch as this neurotic mess transforms into Freud: the intellectual colossus and father of modern psychology. Natasha Sutton Williams gives a fearless performance, playing all the characters including the bombastic and desperately addicted Freud and his patients: the raging lesbian Dora, the anal Rat Man and Little Hans, the original Freudian motherfucker. Music is provided by a live piano accompanist and a soundscape of looped voices is created live each night. The score features thirteen original tunes, including maybe the finest song ever written about sticking rats up your anus.