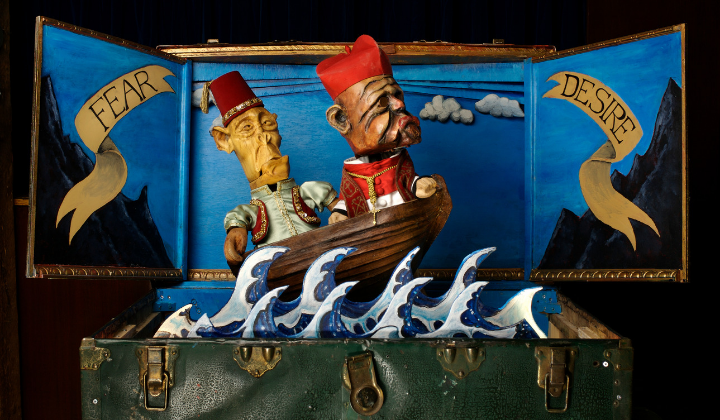 Canada's Old Trout Puppet Workshop bring their critically acclaimed eternal masterwork of puppetry for adults to LIVR, via Edinburgh. Willingly undergo a heart-wrenching parade of theatrical demises that will severely exacerbate your fear of death. All your favourite scenes are there: “Edward’s Last Prance,” from The Ballad of Edward Grue by Samuel Groanswallow, “The Feverish Heart,” by Nordo Frot, “I Hate My Little Brother,” by Sally, and the unforgettable “Bipsy’s Mistake” from Bipsy and Mumu Go to the Zoo, by Fun Freddy! Warning: contains stage fog, strobe lighting, abrupt noises, unnecessary cruelty to inanimate objects, and hot, hot puppet nudity. Not recommended for the emotionally fragile. Please weep uncontrollably. Only darkness awaits.

“One of the wildest, wackiest, most inventive puppet shows you’re ever likely to see.” - **The Boston Globe **