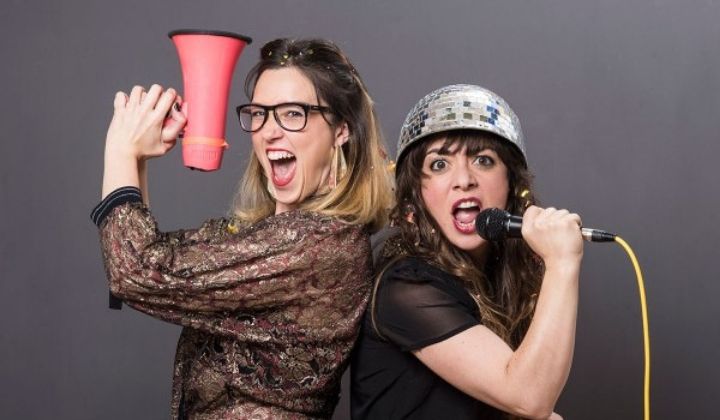 Twelve years after arriving in the UK, with too many heartbreaks to count, one child, half a marathon, 5 drum lessons and a permanently overdrawn bank account, Patricia and Mercè are feeling the post-Brexit blues. Fuelled by rage at the state of world, they want to turn anger into positive action. So what else is there to do apart from host the mother of all leaving parties with gazpacho, live rock music, dancing, pig noses, Theresa May, the Dalai Lama, and Cava to toast an uncertain future. As riotous and joyous as it is silly, this is their unpredictable but heartfelt story of belonging, failure, and wanting to change the world. Are they really going to say goodbye to the UK for ever? A show for anyone who’s ever hoped to make a difference, from the award winning Little Soldier, mentored by Spymonkey, makers of The Ingenious Gentleman Don Quixote of La Mancha.