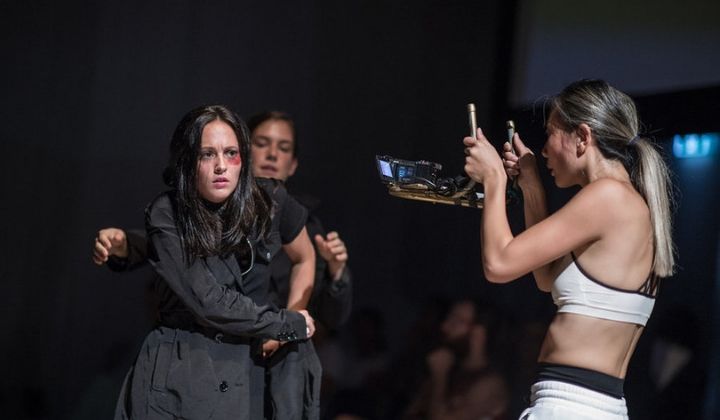 Inspired by our collective nightmare of being chased and the manifestation of this in film culture and real-life experience, three women enact various chase scenes at a breakneck pace. In combination with video cameras displaying live-feed projections, a collection of props and costumes, the spectacle is both live and on screen. An absurd DIY film studio exploring the fear, adrenaline and humour of the pursued. ‘Cutting to the chase’ is a common turn of phrase originating from early silent films meaning ‘get to the point!’ Each scene in this show is delivered straight, no chaser.