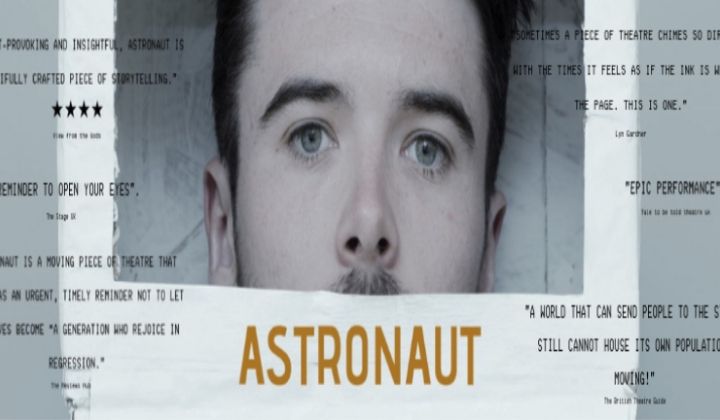 “It's a fine, moving performance that should prick the conscience of any politician who accidentally stumbled into the show.” - British Theatre Guide

In 2016 Dublin, Ireland a group of grass root activists occupied “The Apollo House”, housing up to forty people during the Christmas period. What ensued brought a city to its feet. This spoken-word multimedia theatre piece is inspired by that takeover. We meet the astronaut on O’Connell St. He doesn’t have a home. He is looking for the last pieces of cardboard to fix his rocket ship and make his way to the stars. Join him on his quest, as he confronts truths about modern day Ireland, as well as revealing some truths of his own.