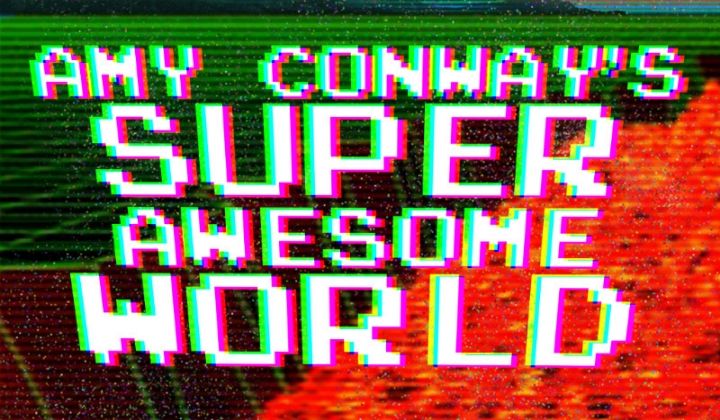 At 10 years old, Amy was master of the Nintendo Entertainment System. She saved kingdoms and rescued princesses on a daily basis. She was a hero: a defender of peace and justice; a protector of worlds! Until she grew up. And suddenly gaming seemed like a waste of time. A pursuit for people with too much time on their hands. Super Awesome World sees Amy stepping back into the immersive world of gaming to embark on a quest for good mental health. But she cannot succeed alone – she needs your help. Are you up to the challenge? Super Awesome World is an autobiographical show about video games that invites the audience to join Amy Conway as allies in her fight against depression. A performance that explores, through the prism of gaming, what depression is like and what it is like to fight it. The show will ask the audience to become Amy's fellow adventurers in an interactive experience that asks difficult questions and quests for elusive sparks of joy in the deep dark multi-user dungeons of the soul.