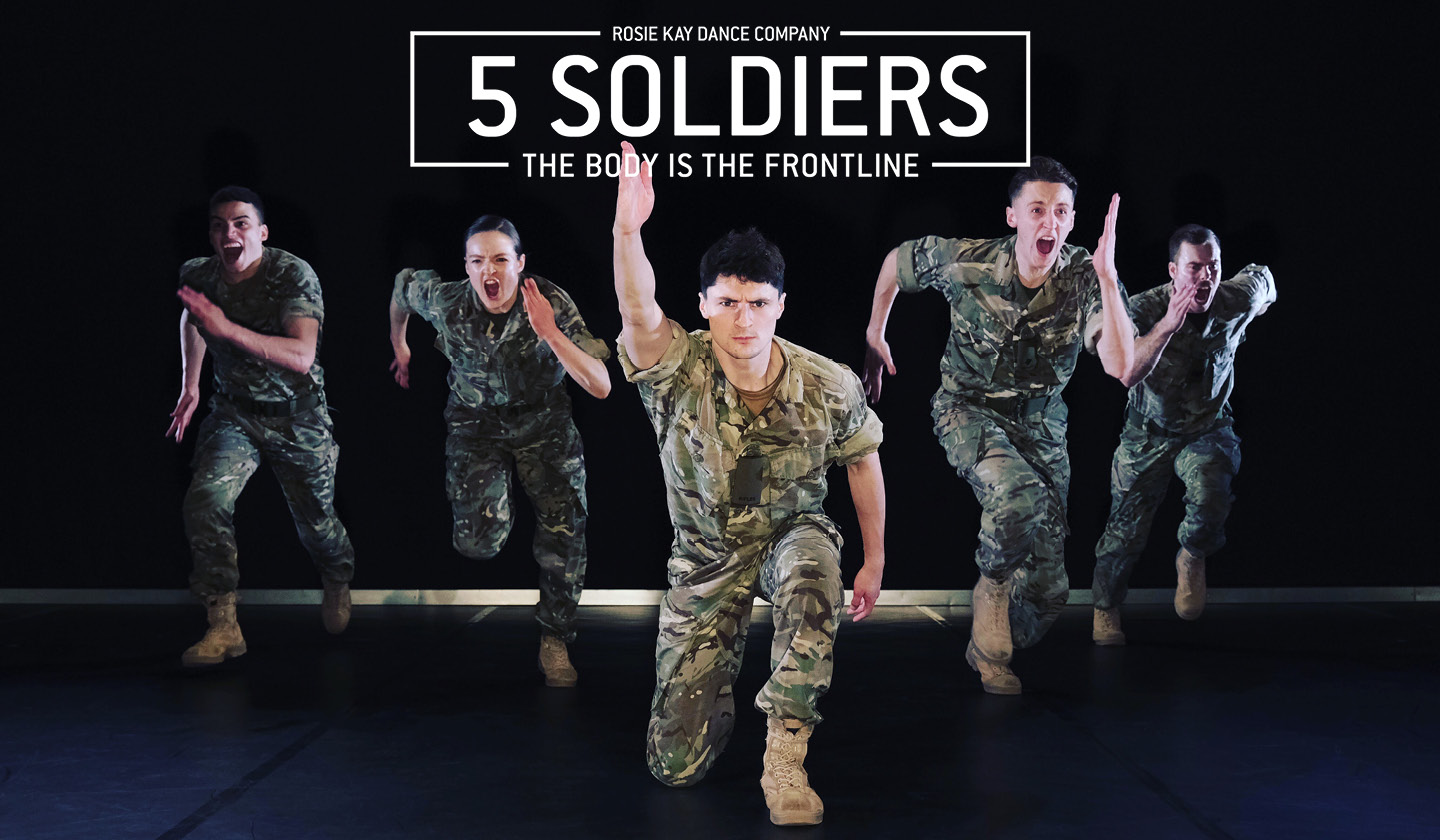 In 2008, choreographer Rosie Kay joined the 4th Battalion The Rifles, to watch and participate in full battle exercises, and visited the Defence and National Rehabilitation Centre for our Armed Forces. What came of these observations was the award-winning, five-star work 5 SOLDIERS.

“An extraordinary exploration of modern war as a physical experience.” (The Independent) 5 SOLDIERS offers no moral stance on war. Instead it questions what it is that we ask of our soldiers and explores how the human body remains essential to war, even in the 21st century.